Peter Pan inspired film The Lost Girls comes out this month on June 17! Check out the trailer on Youtube.

Peter, the Boy Who Would Never Grow Up, Pan, Boy (by Wendy), "Father" (by the Lost Boys), Great White Father (by the Natives)

Leader of The Lost Boys
Ruler of Neverland

Peter Pan is a character created by J. M. Barrie (1860–1937). A mischievous boy who can fly and magically refuses to grow up, Peter Pan spends his never-ending childhood adventuring on the island of Neverland as the leader of his gang the Lost Boys. In addition to two distinct works by Barrie, the character has been featured in a variety of media and merchandise, both adapting and expanding on Barrie's work.

Peter Pan first appeared in J. M. Barrie's 1902 novel The Little White Bird. Later on, in 1904, the chapters containing Peter were re-published under the name Peter Pan in Kensington Gardens. The character of Peter Pan is best known for his appearance in the 1904 stage play Peter Pan, or the Boy Who wouldn't Grow Up. The play was later published as a novel Peter and Wendy and eventually just shortened to Peter Pan.

Barrie never described Peter's appearance in detail, even in the novel Peter and Wendy, leaving much of it to the imagination of the reader. Barrie mentions in Peter and Wendy that the character still had all of his baby teeth. He describes him as a beautiful boy with a beautiful smile, "clad in skeleton leaves and the juices that flow from trees". In the play, Peter's outfit is made of autumn leaves and cobwebs. He has blond hair, and green eyes.

In many adaptions he is usually described as having the wild streak of the Celt with a dash of the Mediterranean mixed in. In some illustrations he is shown to be Scottish/Irish with a hint of Greek or East European in him.

Traditionally the character has been played on stage by an adult woman.

The notion of a boy who would "never grow up" was based on J. M. Barrie's older brother David who died in an ice-skating accident the day before he turned 14, and thus always stayed a young boy in his mother's mind.

Peter Pan has, however, appeared as a variety of ages. In The Little White Bird he was only seven days old and, although his age is never clearly stated, in both the play and the novel, it's clear that several years has elapsed since then. He is now a child. However, it's indicated that Peter still has all his baby teeth.

Peter in the original play and novel is a bit of a daredevil and heartless, as little children are. He is a boastful and careless boy to the extreme. He even congratulates himself on something Wendy did, naturally offending her. Peter is cocky and has a devil-may-care attitude. He takes things way too far, but doesn't realize it, because he lacks this sort of self-insight. One important example was when his "game" with Hook went too far and he cut off his hand and then fed it to a crocodile.

Barrie writes that when Peter thought he was going to die on Marooner's Rock, he felt scared, yet he felt only one shudder run through him when any other person would have felt scared up until death. With his blissful unawareness of the tragedy of death, he says: "To die will be an awfully big adventure."

There's also a dark playful side to Peter, that's only hinted at in the book. Barrie stated in the novel that Peter would "thin the Lost Boys" out when they got too old or when there was too many of them (meaning he may exile or kill them), and sometimes in battles against pirates Peter would switch sides just for the fun of it. It's also stated in the book that Peter would go out and "hunt pirates" for pleasure.

Like a wild animal, Peter moved from land to water and to air without a second thought. As Barrie describes, "his legs [encountered] the water as if quite unaware that they had entered a new element." Always on his feet or in the air, Peter even disclaims having slept when he's awoken by Tinker Bell to alert him of Hook's plan to kill him.

In Peter and Wendy, the Peter Pan myth Mrs. Darling heard as a child was that when children died, he accompanied them part of the way to their destination so that they would not be scared. That is very much in line with Victorian literature's obsession with child mortality.

In the chapter "The Mermaid Lagoon" in Peter and Wendy, Barrie writes that there is almost nothing that Peter cannot do;

Peter does not know his parents. After returning to find his window barred and them with a new baby he assumed they didn't want him and flew away.

Due to the popularity of the character, Peter Pan has appeared in various adaptations, sequels, and prequels, taking the character on different twists and perspectives. Walt Disney's animated version of Peter Pan was one of the earlier and most iconic ones, staying close to the original while making design choices reflective of the time. Jeremy Sumpters' Peter Pan from the 2003 film adaptation was more romantic, as unlike in most adaptations Peter had mutual romantic feelings for Wendy. Others, like the Peter Pan from the ABC series Once Upon a Time, took a darker tone reflective of J. M. Barrie's first idea of making Peter the villian. This was shown in earlier animated series Fox's Peter Pan & the Pirates which portrayed Peter Pan as more of an anti-hero who at times conducted himself in inappropriate manners to the annoyance of others so thereby at times being trying or contemptible for all the other characters.

Due to the copyright to Peter and Wendy lapsing in most parts of the world in recent times, numerous retellings in literature have been published, with variations such as the Peter Pan from the Starcatchers series by Ridley Pearson and Dave Barry. 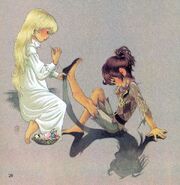 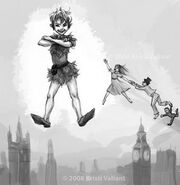 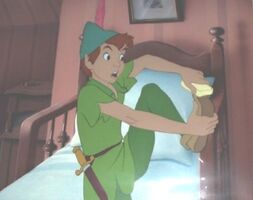 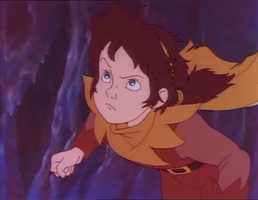 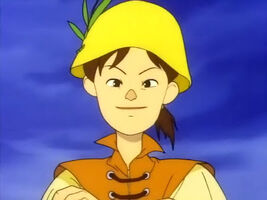 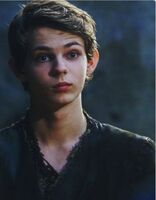 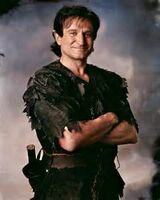 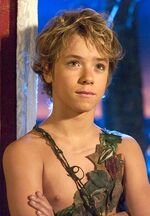 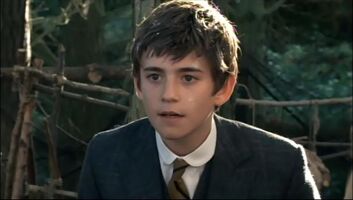 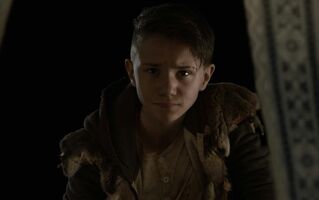 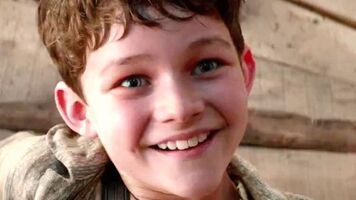 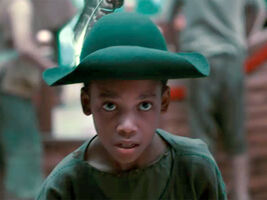 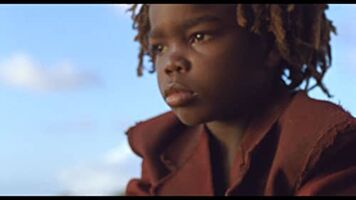