Peter Pan Wiki
Register
Don't have an account?
Sign In
Advertisement
in: Films, Articles in need of plot summary, Adaptations, 2011

"Journey Back To Where It All Began"
Tagline

Neverland is an adventure/fantasy miniseries that aired on the Syfy network (USA) on December 4 and 5, 2011, and Sky Movies (UK) on December 9th and 16th, written and directed by Nick Willing. It is a prequel to and re-imagining of the Peter Pan story.

Peter and the Lost Boys survive by their fearless wits as cunning young pickpockets. Now, they've been rounded up by their mentor Jimmy Hook to snatch a priceless, as some believe, magical treasure which transports them to another world. Neverland is a realm of white jungles and legendary mysteries of eternal youth, where unknown friends and enemies snatched from time welcome the new travelers with both excitement and trepidation.

This article's plot section is missing. 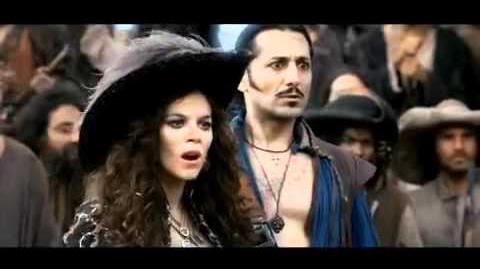