What's on your mind?

So earlier this week I found out that DC's dark fairy-tale comic series Fables is returning for a 12 issue run, just in time for it's 20th year launch anniversary. And with that, it's being teased that Peter Pan is finally being introduced in the series.

The comic series features various characters from fairy tales and folklore who formed their own secret community known as Fabletown within New York City in the real world, after their own mythical worlds were destroyed by the deadly enemy known as "The Adversary". It is set in the modern day, and follows the fairy tale characters - who refer to themselves as "Fables" - with their own personal lives, internal conflicts and later the return of the Adversary. 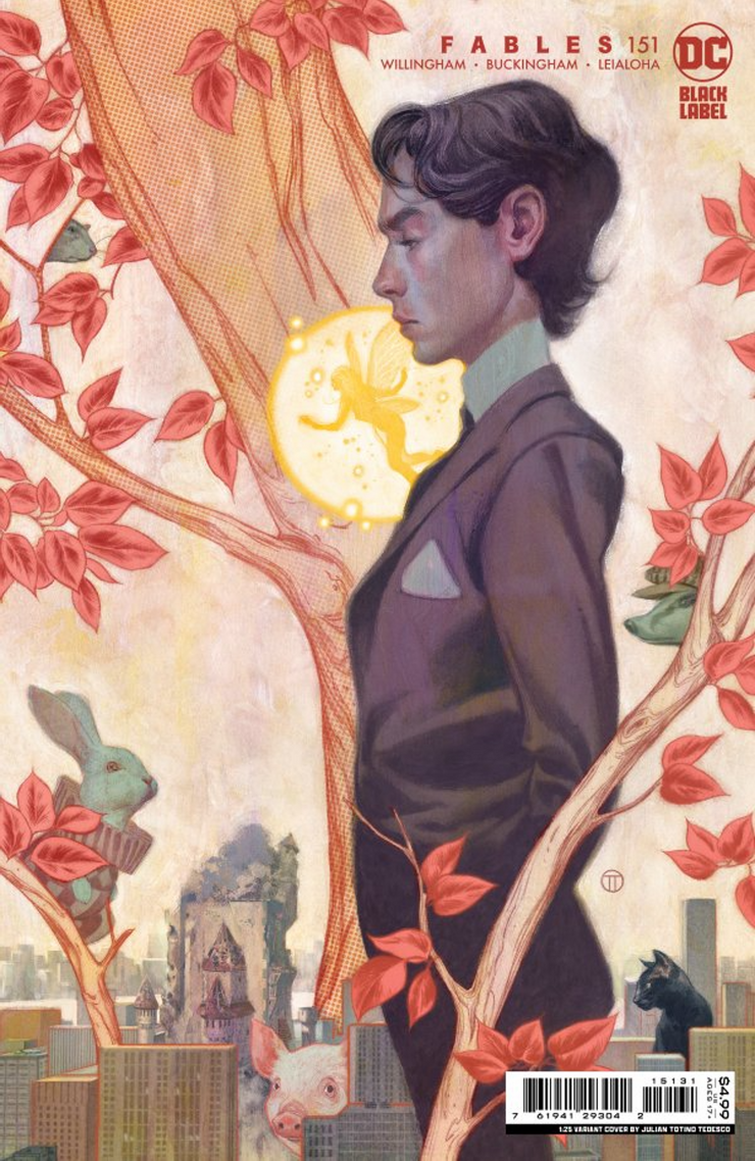 Many characters have been featured, ranging from popular figures such as Snow White, Pinocchio and Cinderella to lesser known ones such Morgan le Fay, Prospero and Ichabod Crane, but there wasn't so much as a hint towards Peter Pan - until now.

In an interview between Screenrant and Fables creators Bill Willingham and Mark Buckingham, it's revealed that a "major new villian" is being introduced to the story who feels like an even bigger threat than the former villain. Bill Willingham also said that "he" was a character that he wanted to use from the very first, "but couldn’t at the time, for a host of reasons. Since then the character has become available, so now here he is." Due to Peter Pan's copyright issues, this could very well point to him, right?

Also, check out these preview images, courtesy of Bleeding Cool: 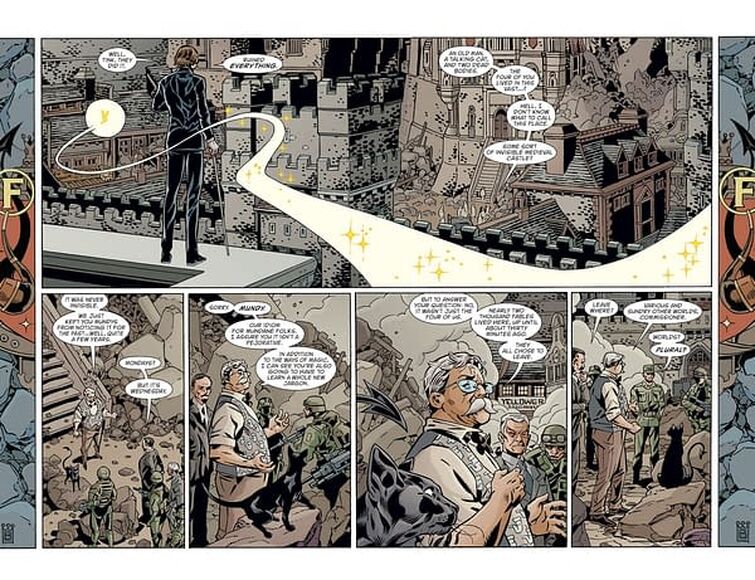 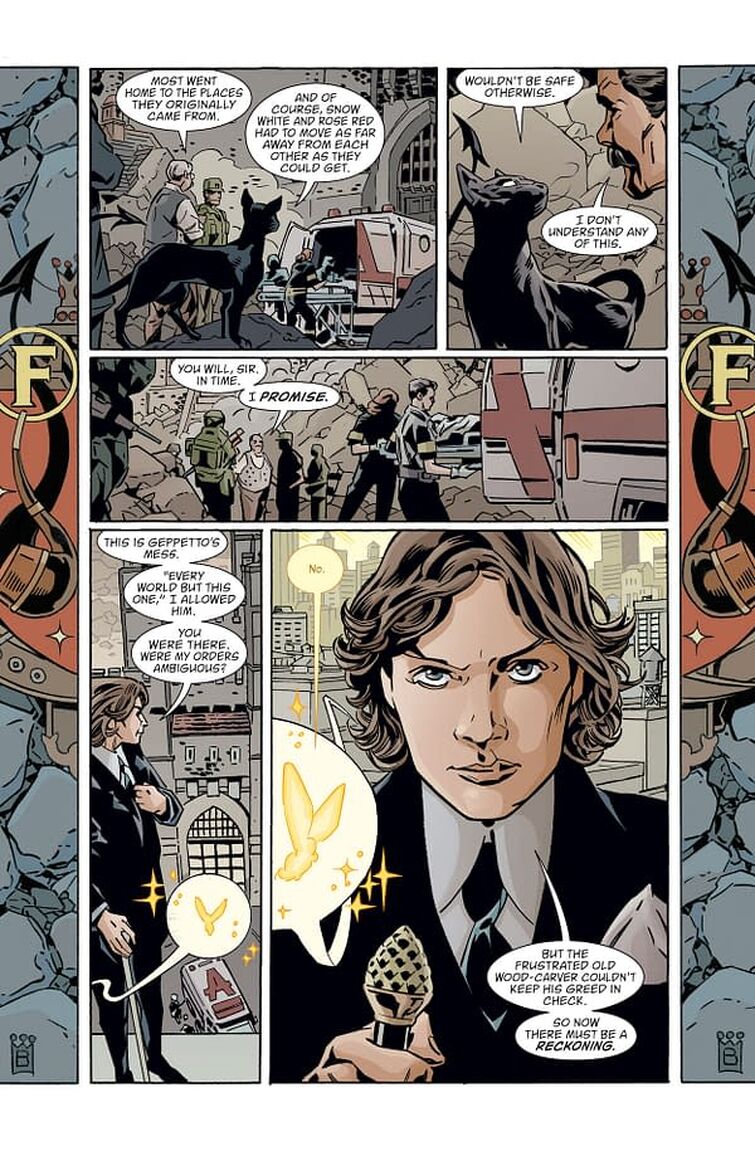 Though it has yet to be confirmed, the young man on a roof top with a little golden fairy called Tink is Peter Pan alright - unless of course the writers are pulling a grand plot twist to throw their readers into despair. We just have to wait and see for the upcoming issues in the next two weeks to know for sure.

A few days ago Vertical Entertainment and Altitude Films dropped their official trailers for the upcoming drama-fantasy film The Lost Girls, six weeks away from it's US premiere date. 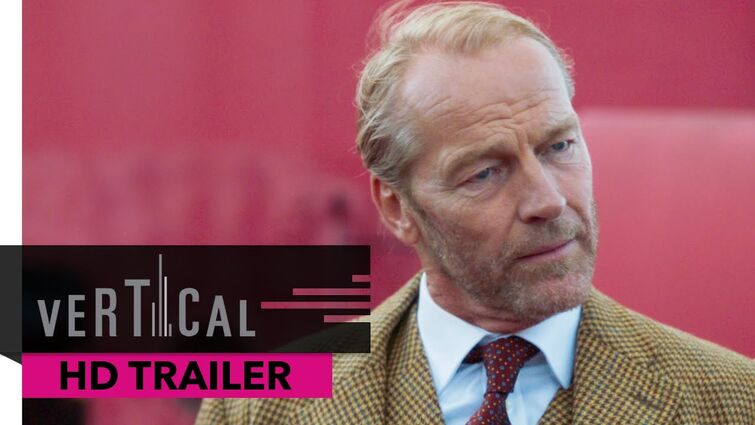 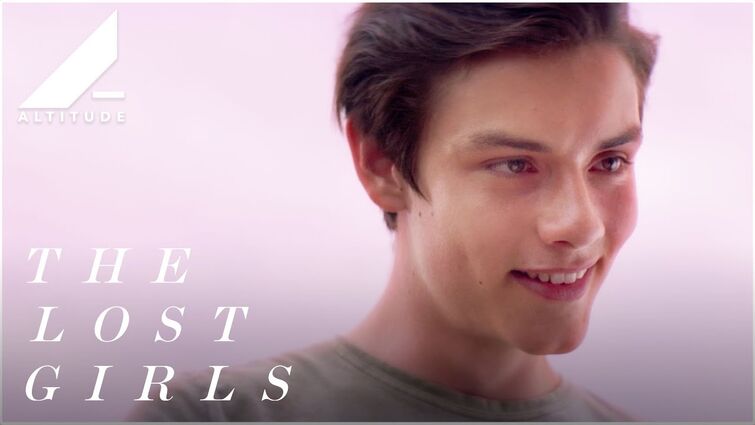 So in the trailer for the upcoming Disney film Chip ‘n Dale: Rescue Rangers, there are a number of Disney characters from other films that also appear. And can you guess who also appears? 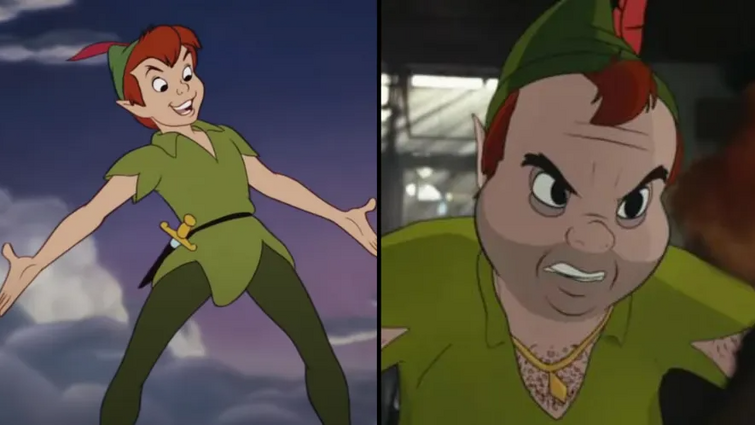 Except that he's much older, much grumpier and not really a good guy. Yeah. I know, I hate him already.

This adult Peter Pan is voiced by Will Arnett, and if you guys want to see more of him (I for one don't), you can when the film drops on Disney+ on the 20th of next month.

Do you guys watch Jake and the Never Land Pirates on DisneyPlus? 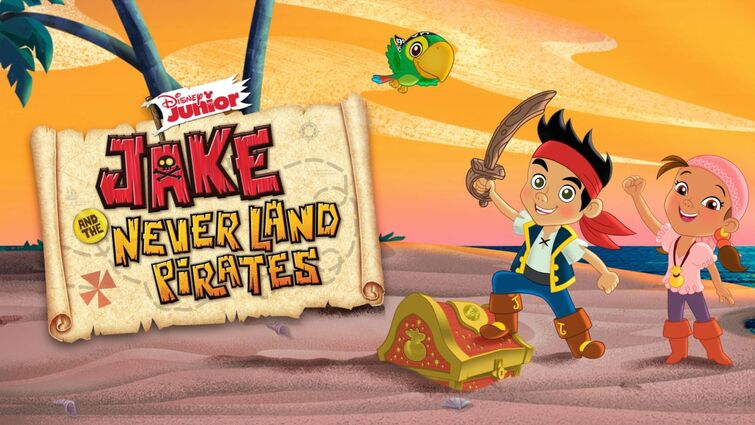 Jake and the Never Land Pirates

Izzy is the Keeper of Pixie Dust 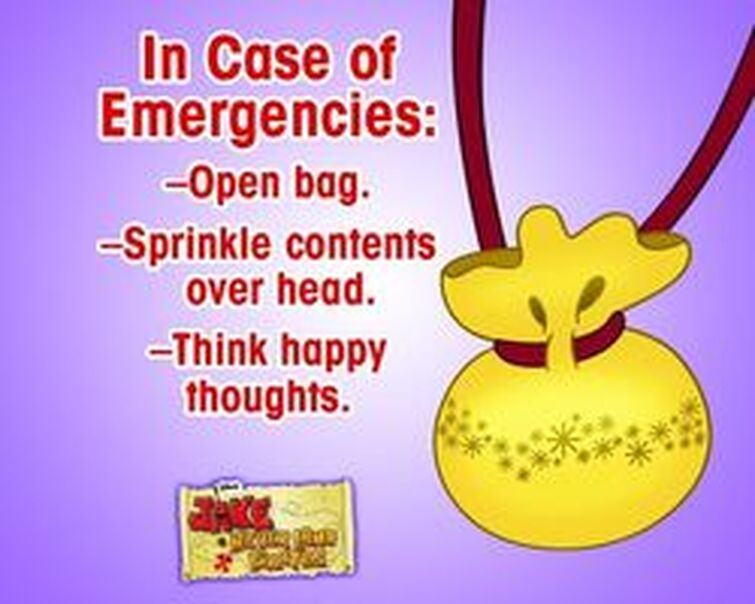 Jake and the Never Land Pirates
Yes
No
Maybe

Do you guys know Pip is a Pirate Genie? Well I watched Jake and the NeverLand Pirates when it was on regular TV and now it on DisneyPlus 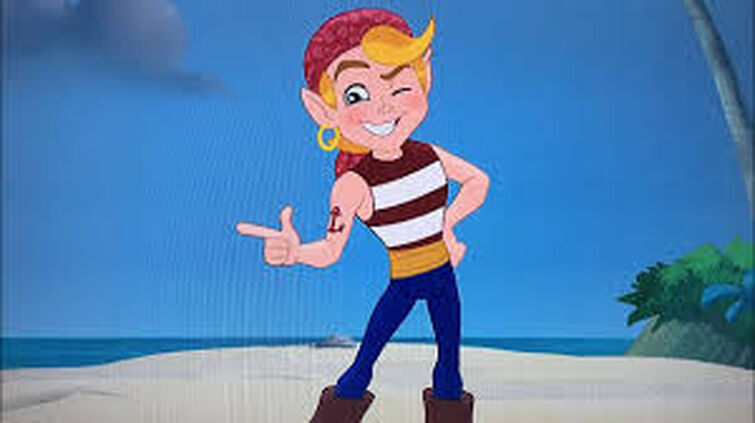 On this day 20 years ago, the animated Disney film Return to Neverland was released in the United States.

The film was a sequel to the popular animated film Peter Pan, which was released in 1953, almost 50 years earlier. It showed us what Wendy Darling looked like grown up, how Peter Pan was exactly the same and introduced us to Wendy's daughter Jane, the film's heroine.

It's hard to believe that it's been so long since then, and how much has happened in the world of Peter Pan. I remember when my friends and I first watched it, and how I was so excited for this film. What were some of your favorite parts from Return to Neverland?

After you start a discussion, be sure to post a link to it on this thread so others may keep track. If you wish to follow this thread, click on the "Follow thread" option in the dropdown list to the top right of this post. You may also use the same option to unfollow this thread.

Plot:Captain Hook went to skull rock only to find a hidden doorway that lead to the underworld and he runs into Jafar and Hades so the three team up to take down Aladdin, Hercules, Peter Pan, Tinker Bell, The Lost Boys, Wendy, Micheal John, Jake, Izzy, Cubby and Skully.

I know Aladdin and Hercules already crossover but it be cool if the two work together with Peter Pan.

Why is it that everyone thinks that Wendy's daughter Jane has the surname of "Stuart"? It was never revealed in the original book Peter and Wendy nor in the film Return to Neverland, so why?

(edited by ZioreRogue)
Return to Never LandPeter and Wendy (novel)

This month Fandom is celebrating the Native American Heritage Month, which is an observance period in the US to recognize the contributions, histories and influences of the American Indian and Alaska Native people. To find out more about this, please do check out the announcement blog about this on Community Central!

As part of the celebration, content about Native Americans are being edited and improved across Fandom - and you can take part in it!

Here on the Peter Pan Wiki, the Native Americans are an important part of the lore surrounding Peter Pan, as the one of the main groups of people that live on the island of Neverland. 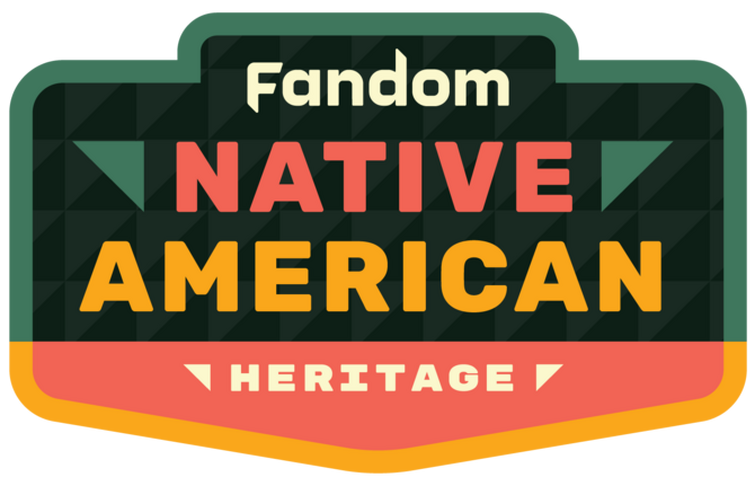 For the course of this month, we would like to focus on our Native American content, such as improving the articles on the different versions of the princess Tiger Lily (see Tiger Lily (disambiguation)) and creating pages for the Native American actors' who starred in Peter Pan films such as Neverland.

So for those who don't know it yet, there is a wiki called The New Adventures of Peter Pan Wiki which covers the titular children's TV series produced by India's DQ Entertainment and France's Method Animation.

The wiki has little activity and no active admins, and contains speculative info which confuses readers. The series itself is quite popular, and apart from that wiki there is not much info on it on other sites for interested readers.

I would like to propose to merge '''The New Adventures of Peter Pan Wiki''' with this one, to keep all things Peter Pan on one wiki where it can be easily managed and protected from vandalism.

What do you think about this? Please let me know on the comments below.

Have a good day!

Just to let you all know, Message Walls on this wiki have now been enabled! Now you can talk to other users using a format based off Discussions, instead of the old talk pages.

I initially chose to stick to talk pages when I adopted the wiki, due to being able to use wikitext on them, but I realized that talk pages are not very new-user friendly. New users would not know how to use them, and I have heard complaints of users on tablets not being able to use tildes (~) easily.

That's all from me, have a good day! 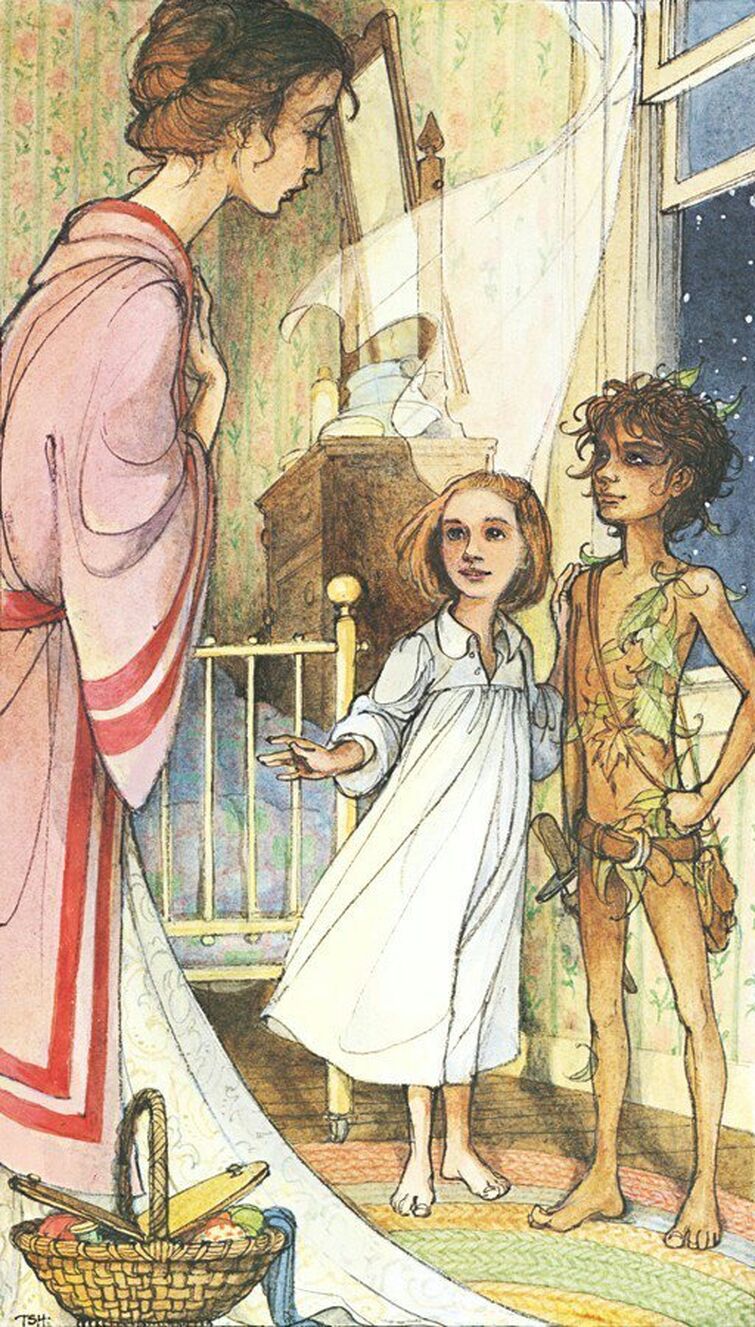 Hello everyone, I want to ask if this image of Peter Pan and Jane Darling that is based on the last chapter, When Wendy grew up, I want to know if it is real or not.

Hey everyone! I've decided to post weekly quizzes in order to test your knowledge about Peter Pan. Here are the rules:

And that's it! And so, here are the first questions:

There you guys go! Hope you get the answers right!

I've been going through the pages here on the wiki and been thinking about a standard naming style for the pages. And so there are some things I need some opinions on:

So far almost all the pages for Captain Hook characters have the style "Captain Hook (<insert qualifier>)". It makes sense, since this would be the most common title used for the character and what visitors would search for.

But, in keeping with this style, what about Mr. Darling? If I was looking for Wendy Darling's father from the 2003 film, I would search for "Mr. Darling". But this is not the character's real name, which is George Darling. However, as a visitor, this wouldn't really matter as I probably wouldn't remember that his name was George. Should the page be named "Mr. Darling (2003)" with a "George Darling (2003)" acting as a redirect towards it, or vice versa?

Similar problem, for the characters from the 1988 animated cartoon, should they have the naming style of ""<charactername> (1988)" or "<charactername> (Burbank Films Studio)"? I'm more in favour of the former, which is easier to use, but could possibly be confused with the Disney versions.

Please let me know of any of your opinions or suggestions regarding this. Thanks in advance.

I'm pleased to announce that the Discussions feature is now available for the Peter Pan Wiki! Now you can ask questions and discuss with other users about Peter Pan.

There are six discussion categories:

- General: For general posts about Peter Pan and the Wiki, including questions, headcanons, and AUs. Polls can be placed here.

- Books: For discussion of the Peter Pan books. This includes theories about future books.

- Films: For discussion of the Peter Pan movies. This includes theories about future books.

- News & Announcements: mostly for use by local staff. Wiki, Peter Pan, or Fandom-related news can be placed here.

- Creativity: For discussion or sharing of art and writing.

Be sure to check our Discussion Guidelines. Thank you all for visiting, and have fun!